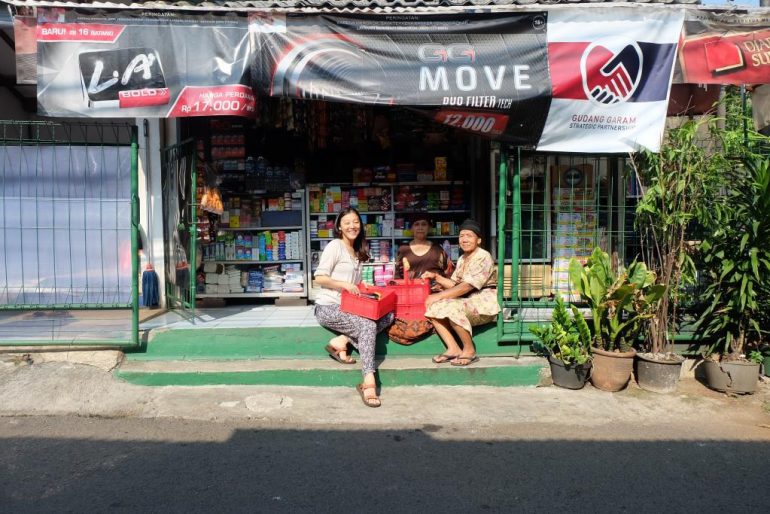 I have been travel abroad few times and then coming home just to realized how beautiful each one of those countries. Nothing is more fascinating than to see how each one of them live their life. It broaden my horizon knowing my definition of normal might be interpreted abnormal from people across the globe and vice versa. Some people have such a complex way of live just to preserve their culture. Some has a modern life, leaving their root behind and some just struggle in between. Everyone is different.

Nonetheless to say, Indonesia is among the top of beautiful country with a lot of potential in any sectors. Tourism, education, society, etc – you name it. Indonesia has been known for its rainforest, white sandy beach, amazing sunset and abundant volcanoes. As an Indonesian myself, I used to take granted something around me until destiny brought me abroad and and missed it from far away. Some things does turn more beautiful, delicious, precious like this below…. when you lose it. 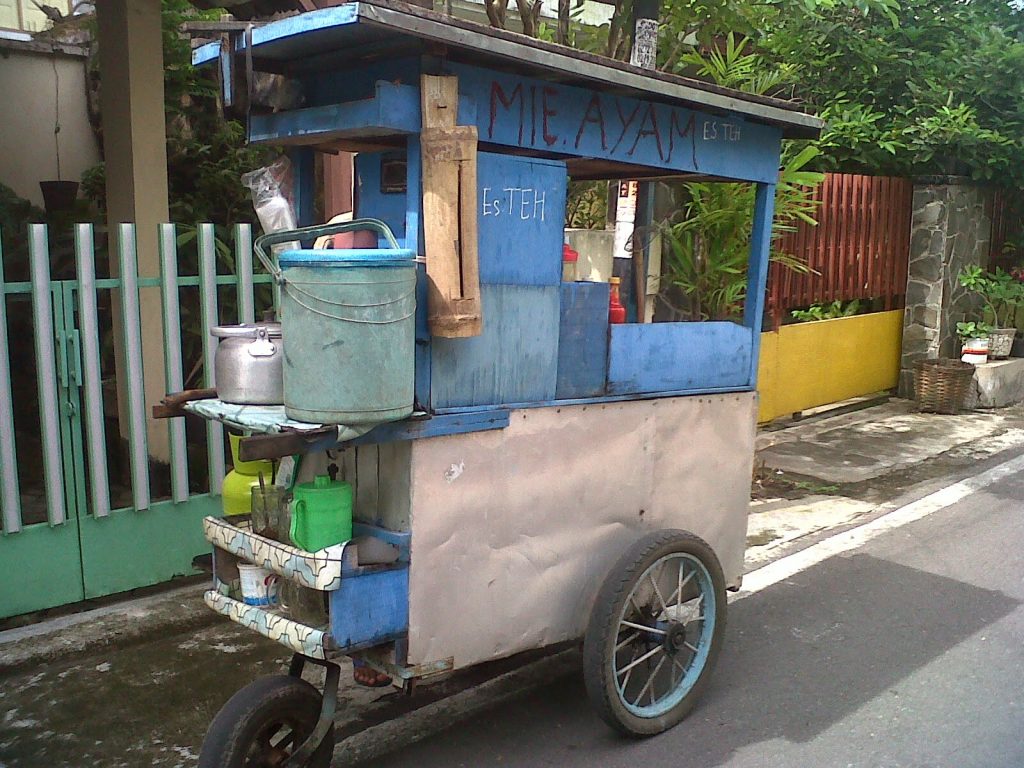 1. Street food is more delicious rather than restaurant.
In general, I can say street food taste the same if not better than the food in restaurant especially when it comes to Indonesian food. In jambi, I will never ever eat meatball in shopping center or restaurant. I better find it in small stall with affordable price and ended up with a happy tummy. The only concern about street food is the hygiene issue. For the newcomer, take it slowly and always look out how they serve food, cook and wash the dishes. You’ll be surprised of how strong Indonesian stomach and how weak/sensitive your stomach.

2. Speed bump every 5 meters
Level up your driving skills by strolling to narrow street or crowded neighborhood and feel the bump. The speed bump is not built by government, but the community or the owner of the house in the front of the street. Some of the speed bump made of big rope, cement or wood. In Indonesia it is known as lying police as it function as a guardian to watch vehicles not to speed up and hopefully there will be no accident especially with the kids.

3. Ojek.
One of the things I miss from Indonesia is how easy breazy I could commute to anywhere. Forget about walking miles and miles because you can’t afford taxi. In Indonesia, I cant rely on public transportation, but ojek (private chartered motorcycle) has been an unofficial public transportation. Usually available in their stop as crossroad in the street or in the front of residency, there you can find ojek with their colourful vest and sometimes donated by one of the political figures. A skill to bargain is needed but even though it is a little bit expensive but relatively safe and fast to get you where you have to. Luckily there are ojek online now. Make life so much easier!

4. Komodo, the only living dragon in the world located in East Nusa Tenggara, Indonesia.

6. Rafflesia Arnoldii, the largest flower in the world. The diameter of the flower can reach 1 meter. Can be found in Bengkulu, Sumatera Island. 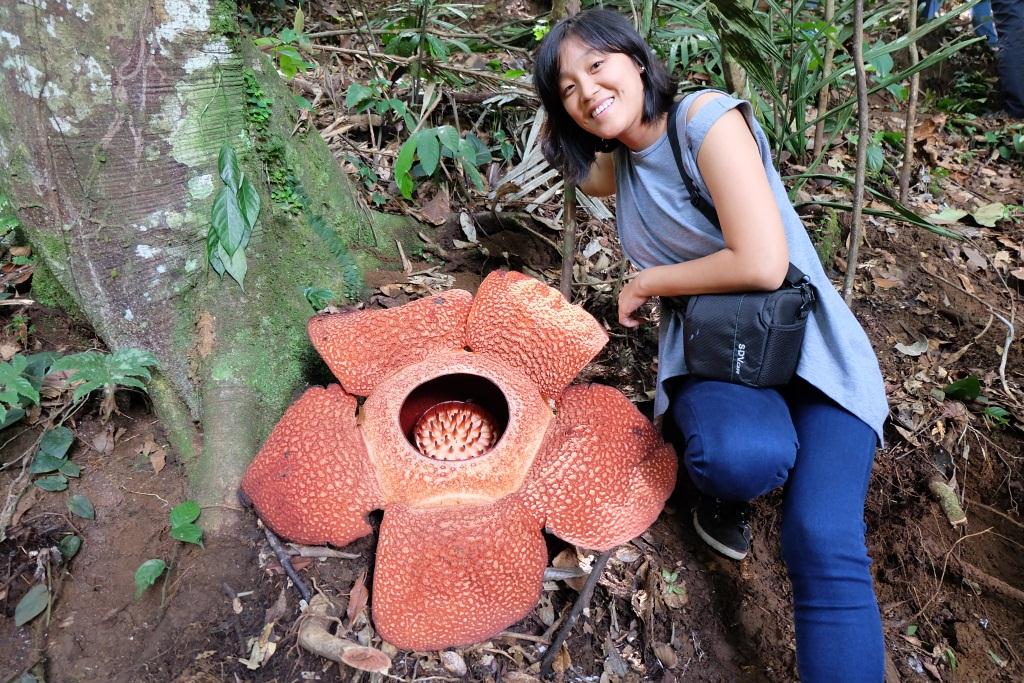 5. Junior and Senior high school graduation celebrated with massive signing name and signature in the school uniform. They left behind the one that didn’t pass the final test and hit the road and do their own carnival. If you see this group, be aware of traffic jam that might occur and dominating street as they think the road belongs to them.

6. When you see people put the pants around his/her neck, you know they are measuring to see whether it fit them or not. Still practice in mostly small city in Indonesia. PS : not reliable but believable for some.

7. Wedding in Indonesia is like no other places. For some parents, wedding is a graduation for them to raise their kids until now and they take it as a pride. Of course, they will love to have a big wedding with hundred people coming and shake their hand saying “Congratulation, you did great.” In Indonesia, it is polite to give something (usually money in envelope) for the newly weds or if not a big-flowery sign to congratulate them. To make sure people come and wait until the last agenda, they offered gift,  music, dance and sometimes door prize. There are usually two kinds of wedding in Indonesia, first traditional one and second the international one. The traditional wedding depend on the family’s race/religion/culture and can be more expensive than international wedding which is adapted from eastern culture with white long wedding dress, kissing bride (kids close your eyes!), toss champagne, cutting 5 feet cake and throwing banquet.

8. Book price is sometimes not affordable for people that enjoys reading. They have to come up with the idea to solve this problem which resulting in many people visit Gramedia (the largest bookstore chain in Indonesia) and read it there for free or borrow it from book stall. The book stall offered rent for as low as Rp.1.000 (USD 10 cent) for a comic. Yeah some people dont read text-book or heavy book yet for leisure.

9. Parking officer is the private sector job that comes from nowhere. I think several parking officers dont have the permit to re tribute the money but still they are acting as professional. Even though it is a cheap price (usually motorcyle = 1,000 IDR, car =2,000 IDR) but If they litterally just collect without helping anything, this is really annoying.

10. Traditional method to cure illness. We do believe in scientific and health industry. But we just so curious to find out is there any way cheaper, faster, without side effects that can work as good as the doctor’s prescription? We need to be creative. That is why black magic, acupuncture, kerok, bekam, jamu, shinse are still the first thing to cross our mind when you think your body’s not well.

Some list above might be showing not-a-good-side of Indonesia and need to be fixed but it shaped Indonesia as a place we called home. Admit it!

What else you can think of? Please share with me.